Is It An Airline? Is It A Hotel? No! It Is Enterprise Technology Support!

Posted on 23 December, 2013 by Haim Toeg | Comments Off on Is It An Airline? Is It A Hotel? No! It Is Enterprise Technology Support! 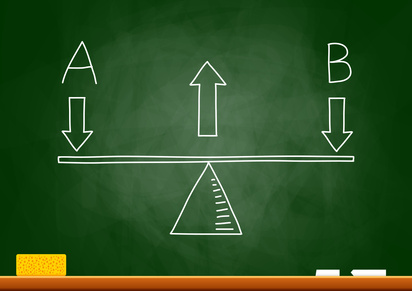 The blog’s previous post discussed confirmation bias and the way it impacts our actions. Frequently we encounter a different type of bias, usually coming from individuals not very familiar with enterprise technology support, and holding their support teams against standards that may not necessarily apply. Support managers find themselves having to explain the difference between supporting enterprise technology and a number of popular consumer businesses, including an airline, an on-line apparel vendor, a hotel chain and a department store.

There is no doubt that each of these companies have mastered customer service for their customer base, and surely there is a great deal we can learn from them, but in order to do that we need to understand the differences and ensure we adopt those those behaviors that can help our customers and us.

In the past I wrote about the differences between high volume / low complexity operations and low volume / high complexity ones. There are additional models that can help us complete the picture.

Stacey‘s Matrix attempts to illustrate the complexity in decision making in relation to two dimension: 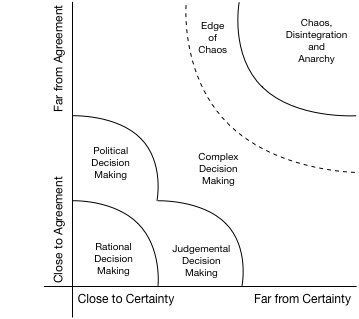 The first, on the horizontal axis is the degree of certainty in which the problem addressed is understood, including the cause and effect chains. The vertical axis then illustrates the degree of agreement between the various participants on the way to resolve the problem.

If we use an airline as an example, the vast majority of cases handled by its service employees is relatively straight forward and falls within the “rational decision making” zone of the chart – both the customer and the airline are clear on the objective and the way to accomplish it. Even when recovering from a service failure (e.g., lost luggage or a cancelled flight) there usually is clarity concerning the cause and effect as well as agreement on the best way to resolve the problem.

Now let’s look at enterprise technology customer support situation. Most company have done a good job at documenting their knowledge and making it accessible to customers, partners and other users. This causes the support organization’s workload to contain an increasing proportion of cases where either the cause and effect chain are not clear, or there is little agreement on how to achieve the end result, or both. These disagreements take us away from the relative comfort of the rational decision making zone, and increasingly into judgmental or political decision making, or even into the complex decision making zone.

This entry was posted in Service Theory, Support Management. Bookmark the permalink.