Posted on 3 April, 2013 by Haim Toeg | Comments Off on Customer Support or Customer Success? 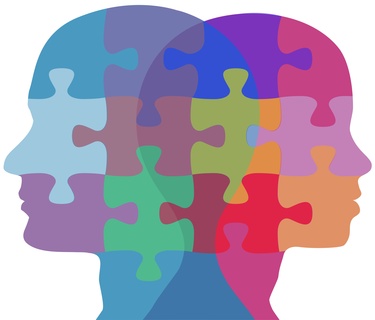 I recently read an interesting discussion on the ASPI linkedin group about the role of customer success manager and the differences between this role and others in the customer support world.

A number of people have written about customer success management in the past. For example, Mikael Blaisdell, here, yet the more I read about the customer success manager role, the clearer it has become that there is neither a broadly accepted definition of the role nor any agreement on how people in this role accomplish their task. But, thinking about it in the context of the direction the technology world is taking may have the key to understanding the progression from Customer Support to Customer Success.

Historically and until early in the previous decade, vendors’ engagements with their customer were very structured. Customers made large, long-term investments in technology upfront. The deployment plan was then developed jointly between the customers’ IT and business teams and the vendors’ sales and professional services groups (or a third party implementation partner). The role customer support played in this context was mostly reactive and was focused on rapid break-fix problem resolution

The growing adoption of SaaS delivery brought a very different approach to adopting new enterprise applications. There was no need for a project plan developed together with the IT team, server provisioning or storage space. All you needed was a credit card and you were in business. With BYOD you did not even have to install anything on your company’s laptop. All that’s required are a credit card, a need to accomplish something and sufficient amount of curiosity to go look for an app or tool that will address that need

This change introduced a new and very different challenge that SaaS vendors had to address and which traditional enterprise IT vendors never faced. In their world every small purchase (or download of a free application) could eventually develop into a large deployment. The conditions faced by those vendors were relatively challenging:

These lead to reduced level of commitment on the customers’ behalf and therefore made it easy to walk away from the product when even the smallest difficulty or challenge are encountered. Obviously these conditions are much more common with small, tool-like services rather than major enterprise products. An individual at an organization may, for example, experiment with dropbox, but a salesforce.com implementation would still be done using the traditional enterprise technology model

Taking all these into account, we can begin to see the difference between the engagement model in traditional enterprise deals and that for SaaS delivery. It is safe to assume that while large, enterprise implementations are driven by sheer momentum, visibility and active management, small, ad hoc purchases are made and often neglected as discussed earlier. The role of the customer success manager would then be identifying installations that are not progressing according to certain pre-dtermined success criteria (see this post on the totango blog for a very good discussion ) and helping those customers overcome challenges, understand the capabilities of what they have just bought and make the most out of it, hopefully expanding the product’s use and stickiness

What is your opinion around this topic? Have you implemented customer success management in your organization? How have you defined the role and goals?