How to Not Own a Problem 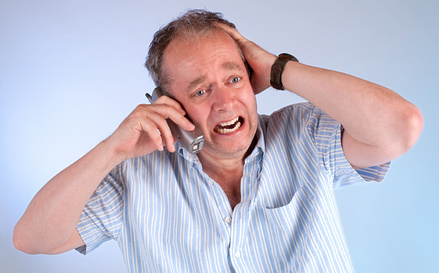 Any of you know evernote? It is a great little tool that allows users to clip, tag and access web clippings, pdfs and other files. I depend on this tool and its safari plug-in greatly and I imagine many other people do as well.

One of Evernote’s nicest features is its web clipping plug-in for browsers, including safari. A few days ago Apple upgraded Safari and the plug-in stopped working, and apparently needed major upgrade. How should a company address such a situation?

Today, several days after the safari upgrade during which the plug-in was not operational, Evernote sent its subscribers this e-mail: 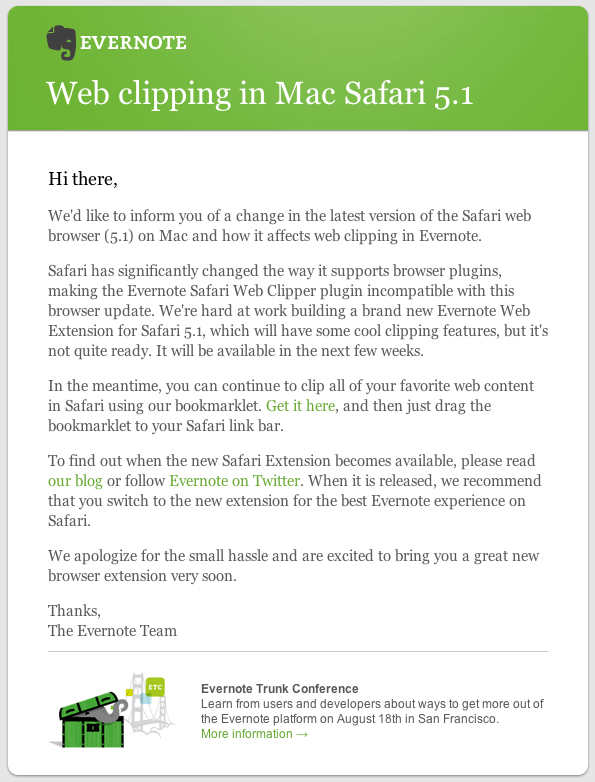 What can we learn from this e-mail?

To add insult to injury, Evernote decided for its customers that their tool not working is a “small hassle”. This statement presents two questions: First, how do they know how big the hassle is? and second, if their tool being severely handicapped is a small hassle, why should anyone pay for it?

Now, beside the fact that the link they recommend does not work, what should a company do to deliver news like these:

Comments Off on How to Not Own a Problem I was going to write a benchmarking post, and then discovered that it was written for me already.  So, back to the drawing board – I will try to add to an already well written article.

Consulting clients, and  some of my bosses (mainly those with marketing background) when I was in the corporate world, keep asking “what’s the industry benchmark?” or “how are we doing against IBM / Oracle / HP / CA / new-competitor-de-jour?”.  My answer was always and remains “I don’t know, I don’t care, and neither should you”.  Here’s why:

Here is what I always advise clients:

Last, have faith in what you do and be aware of the gap between cause and effect.  So, not everything you do will immediately manifest itself in the metrics, and certainly not in customer satisfaction results.

What’s your experience with benchmarking?