How Full Is The Cup? – Looking at NPS® Improvement

Posted on 26 February, 2017 by Haim Toeg | Comments Off on How Full Is The Cup? – Looking at NPS® Improvement 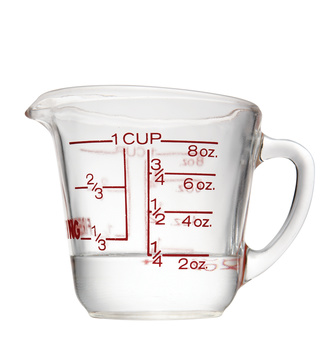 NPS®, or Net Promoter Score® is frequently discussed and increasingly used by technology companies. Multiple blog posts and other resources discuss the various aspects of its implementation and use, but one particular point is rarely mentioned. That point is the way to measure improvement or decline in the score

Recently I had the opportunity to discuss NPS with someone who said “we’ve increased NPS by 50%”. When I asked him to explain, his response was that their score went up from +10 to +15. Given that NPS is supposed to represent customer loyalty, do we really think that customers’ loyalty to this company increased by 50%?

In order to develop a more insightful metric for NPS improvement we should remember that Net Promoter Score is a number that ranges from -100, where all customers are detractors, to +100 where all are promoters. Therefore, our ability to increase, or indeed, decrease this number is limited by the upper and lower boundary. The top boundary is our goal, and the gap to the bottom boundary is our risk. How do we, then, calculate the journey between the two boundaries?

Several lives ago I used a system based on the concept of measuring changes along the possible range of NPS scores rather than improvement. In essence, we look at our current position and calculate how much improvement we have left. So, for a score of 80, we have 20 points of potential improvement, while at -50 we’d have 150 points. Since that rating system worked on 1-5 performance scores (1 being best), we needed to calculate 4 boundaries between those regions, while the top and bottom ones were the boundaries of the the score. The table below contains the calculations I’ve used at the time:

There are several features for this system:

To illustrate, let’s see how this system works for several sample scores:

In accordance with the assumptions made above, the window between the lowest score for “4” rating and highest score for “2” rating shifts with the score. With lower scores, the formula is faster to penalize and slower to reward, and as the score improves the formula will become increasingly forgiving.

Obviously this system is not carved in stone. I developed it to respond to certain conditions, you should experiment with these formulas as your environment requires.

Comments Off on How Full Is The Cup? – Looking at NPS® Improvement

Posted on 12 January, 2016 by Haim Toeg | Comments Off on Guest Post on teamsupport.com

The people at TeamSupport invited me to write a guest post on their blog. The result is Bridging the Gap in B2B Service Expectations which was published yesterday (12 January 2016). The theme should be familiar to regular readers, touching on some differences between B2B and B2C support, and offering several actions we can take to avoid some potential traps

Posted on 29 March, 2015 by Haim Toeg | Comments Off on Autoupdate Anyone? 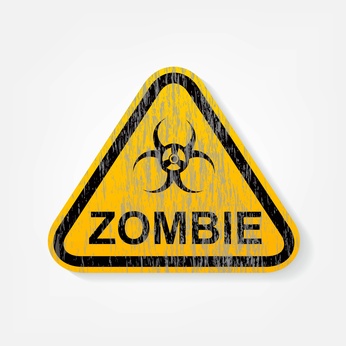 I recently wrote a post asking Are Your Technology and Policy Aligned? Today I came across this story about a German basketball team and the fallout when the laptop controlling their scoreboard decided to upgrade itself at the most inopportune time, begging the question of vendor responsibilities vs. those of the customer

There are several options vendors and customers can choose from. These range from fully automated to fully manual, with one or two additional options mid-range, such as alert only, or alert with automatic download and user controlled install. How should vendors and customers navigate these options and what criteria should be used for their decisions?

To answer, we need to understand the business and technology risks associated with the decision. For example, most of us would think that updating the anti-virus signature file on our PC is trivial and are happy to let that happen in the background. On the other hand, even this very low risk update taking place at the same time as an extremely critical process would not be acceptable to some users. Vendors, therefore, have to offer their customers a variety of choices they can adapt to their needs. Even more importantly, vendors have to repeatedly educate their customers on the risks and benefits of their choices

Customers, on the other hand, should understand their options and the impact of choices, and the resulting risks they are taking. For example, relying on a single laptop to run a mission critical application is probably not the smartest thing anyone can do. That same laptop could have failed for a variety of other reasons, from hard drive crash to power supply failure. The only reason this event received press coverage is the timing it chose to update itself.

Lastly, I mentioned this post to a friend, his response was a link to this video:

Comments Off on Autoupdate Anyone?